The Exchange mailbox is generally used to store database items such as emails, calendar, contacts, tasks, etc. The data stored on the server can be extracted and updated with the use of email applications. There are some situations during which the users need to convert their mailbox data to a file format so that it can be access offline. Moreover, corruption is another reason why many users want to backup their Exchange data. And, Outlook is the most suitable destination platform in which users can migrate their data. Thus, many users want to export Exchange database to PST format so that it can be accessed offline as well.

However, converting mailbox to Outlook supported format is not as easy as it sounds. There are some PowerShell commands using which users can perform migration. Another solution using which users can export Exchange mailbox to PST is the third-party application i.e. SysTools Exchange Export. So, let us discuss both the ways so that users can choose either of the solution depending on the needs and the requirements.

The users can migrate single or multiple mailboxes from Exchange Server to Outlook PST format by implementing different set of PowerShell commands. The commands includes the use of MailboxExportRequest cmdlet which is a command in PowerShell.

It has two essential parameters i.e. FilePath and Mailbox.

FilePath – It defines the network path of the PST file into which you want to convert your data.

Mailbox – It describes the SMTP address or the display name of the mailbox that you are migrating.

There are some other parameters as well which will help users to perform selective conversion.

It describes that under what conditions the mailbox data have to match which is to be transferred to the Outlook PST file. The following cmdlet will help you to move items which were received before 2018-02-10 with the subject beginning with fwd:

It defines the archive mailbox as the only source for the export option.

Sometimes, the users want to migrate more than one mailbox at a time. So, in such situations, there are only a few changes in the commands as mentioned below:

1. Save the mailboxes which you want to transfer with a variable such as:

2. Now, convert all the mailboxes with the names depending on the mailbox aliases.

The additional commands which we have mentioned above can only be used for migrating single mailbox. 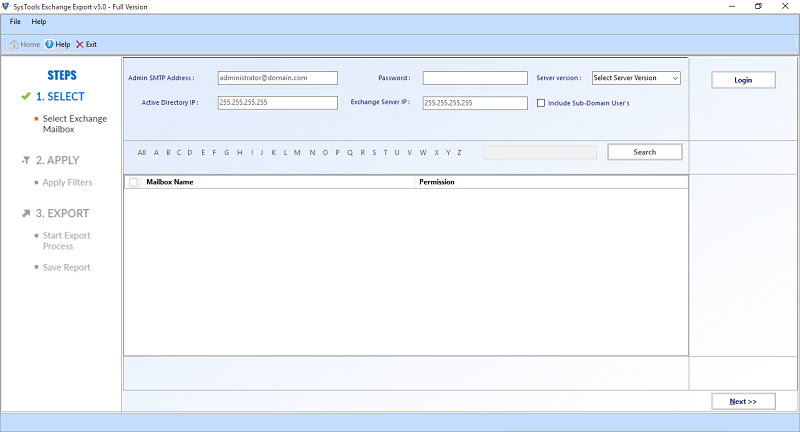 There are so many utilities available in the market using which the users can convert their database. But, choosing a right application is important as any mistake during the process can cause data loss. SysTools Exchange Export is a software which can help users to migrate users data in a simple and secure way, The users get the output file in just few clicks. Some of the top features of the tool are described below:

After analyzing the issues faced by the users, we have come up with solution using which users will be able to export Exchange database to PST format with ease. The post explains two methods for performing migration. The first method consists the use of PowerShell commands in which the users have to execute some cmdlets manually. On the other hand, users also have the option to use third-party utility which will ease the conversion process.

Paid Media: Which Channel Should You Invest in First?

Daily Mag is best information sharing platform that cover the different topics like, Tech, Travel, Finance, Business, Health, Lifestyle etc. Daily Mag provide you with the latest news. We maintain a keen interest in progress business development strategies and development in the marketing and business.We wanted a place for contributors to raise their visibility.

Online Story is Bloggers Outlet  to Write & Share Unique Information and reviews to help internet readers with knowledge. This platform present your ideas, thoughts, and your work. Get an exposure to show your innovation to an entire world. We wanted a place to contribute to the knowledge base to be a part of the conversation.

You may have missed

The go-to Guide for Simple and Affordable Home Decor Tips

Balance Between Design And Web Development: The Success Of E-commerce

Paid Media: Which Channel Should You Invest in First?